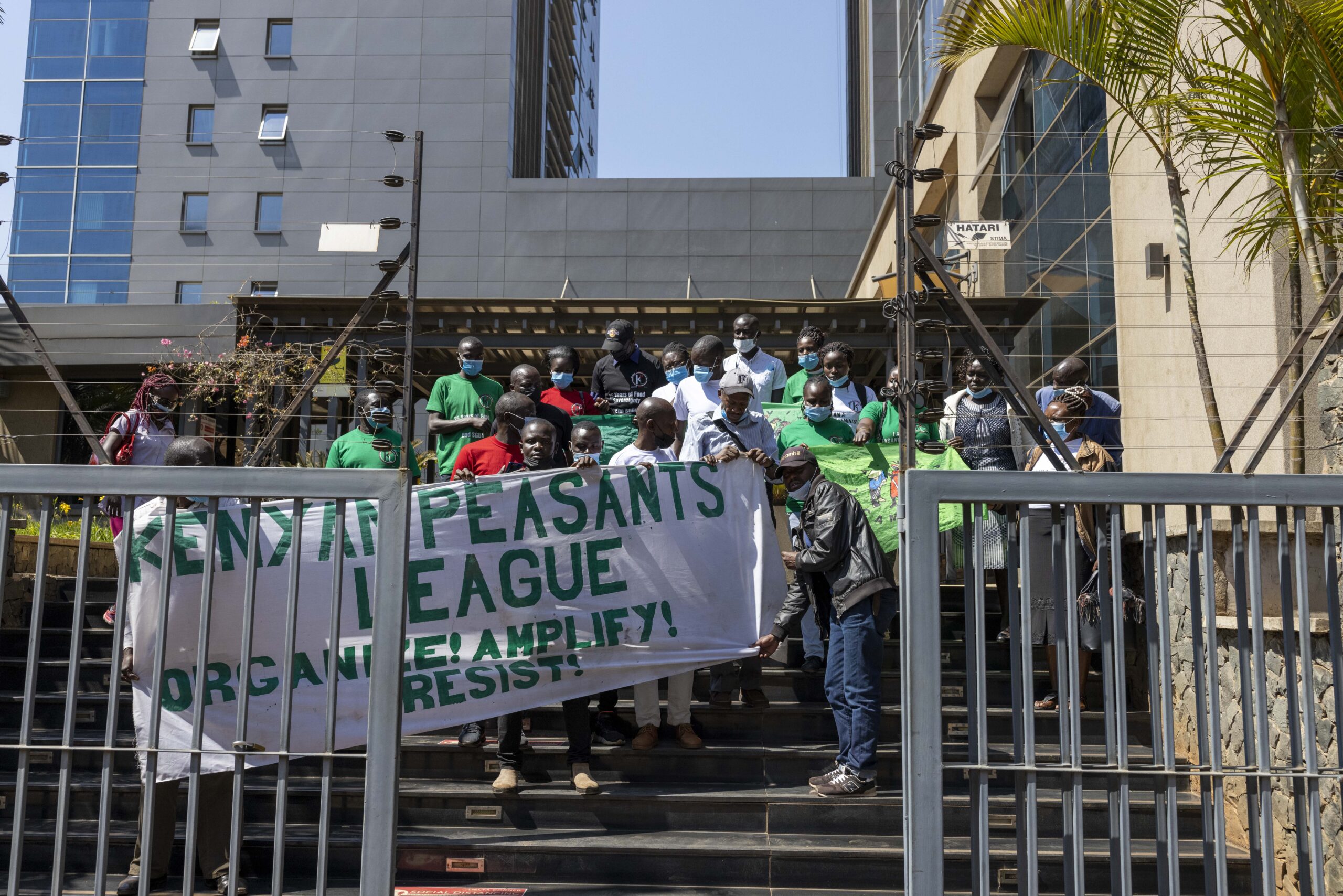 The Kenyan Peasants League (KPL) held a three days meeting parallel to the ongoing twenty sixth Conference of Parties (COP26) that is ongoing in Glasgow Scotland from 6 to 8 November 2021 to raise awareness on the Climate Crisis facing Kenya and to lobby Government of Kenya to push for Climate Justice during the COP26. The meeting that was attended by 30 participants drawn from the KPL Clusters dedicated the first two days to raising the awareness of members of KPL and allies on COP26, the Climate Crisis, False Solutions being propagated at the COP26. The two days were also used to develop petitions and messages to be used during the outdoor actions on the third day when a peaceful procession was held to the Council of Governors (CoG) offices in Nairobi.

On the third day, the participants presented petition the Council of Governors asking the Counties to allocate more resources in combating Climate Change. In the petition, KPL opposed the false solutions like REDD+, Climate Smart Agriculture, Privatization of Agriculture, Carbon Credits and Green Bonds that are being proposed by Kenya to fight Climate Change since they were based on the same capitalist practices and logic as those that caused climate change in the first place.  Furthermore, they are based on market, trade and consequently on exploitation hence could not be a solution to the Climate Crisis.

Other grounds KPL had in opposing the government’s strategies was because in terms of Climate Financing, the Kenya Climate Change Adaptation plan promoted financing through various sources that included Carbon Credits, issuance of green bonds and financing from World Bank through concessional loans with KPL fearing that such financing strategies would increase Kenyan debt that had already reached unsustainable levels.

In the petition, KPL demanded that all County Governments allocate more resources to tackling Climate Change and join the Social Movements in demanding that rich countries fulfil their responsibility of limiting global warming to 1.5 degrees as was envisaged in the Paris Accord apart from also demanding that all County Governments ensure that public policy processes regarding climate respect the principle of Free, Prior and Informed Consent (FPIC), and integrate public transparency and democracy mechanisms, as outlined in the UN Declaration on Peasant Rights (UNDROP).

After presenting the petition, members of KPL addressed the media outside the CoG offices where they decried harassment by officials of the CoG who denied them entry into the office. They gave the CoG two weeks to respond to their demands and also pledged to work with eight counties to develop laws that protect Farmer Managed Seeds Systems (FMSS), ban use of chemical pesticides and promotes use of organic pesticides and protects indigenous plant varieties